Work on this drill at home! The image below shows the optimal, underwater arm motion for butterfly.

The black lines show the path of the hands. To replicate this motion, stand in front of a mirror with the arms straight and directly above the shoulders.

Then perform the 7 steps listed. Move the arms very slowly at first, watching the arms in the mirror. Practice at a slow speed until you’ve mastered the motion. Then, slightly increase the speed of the arms and again practice until mastered. Keep practicing with small increases in the speed of the arms until they are moving at normal swimming speed. 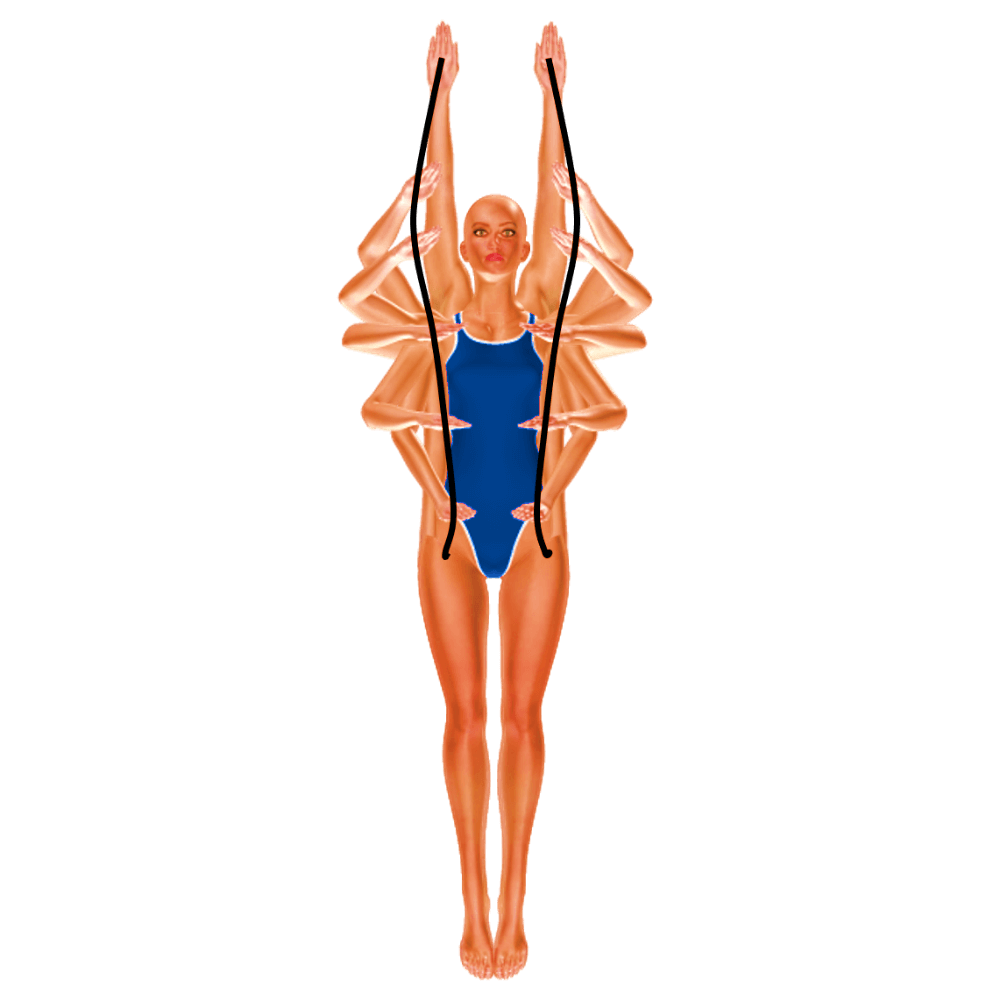 The butterfly hand path has often been described as a “keyhole,” and consequently, sideways motion is usually exaggerated. The hand path in the image is better described as “a very narrow keyhole.”